Tineo and its Mount Armayán will soon once again be the forest capital of the Iberian Peninsula. 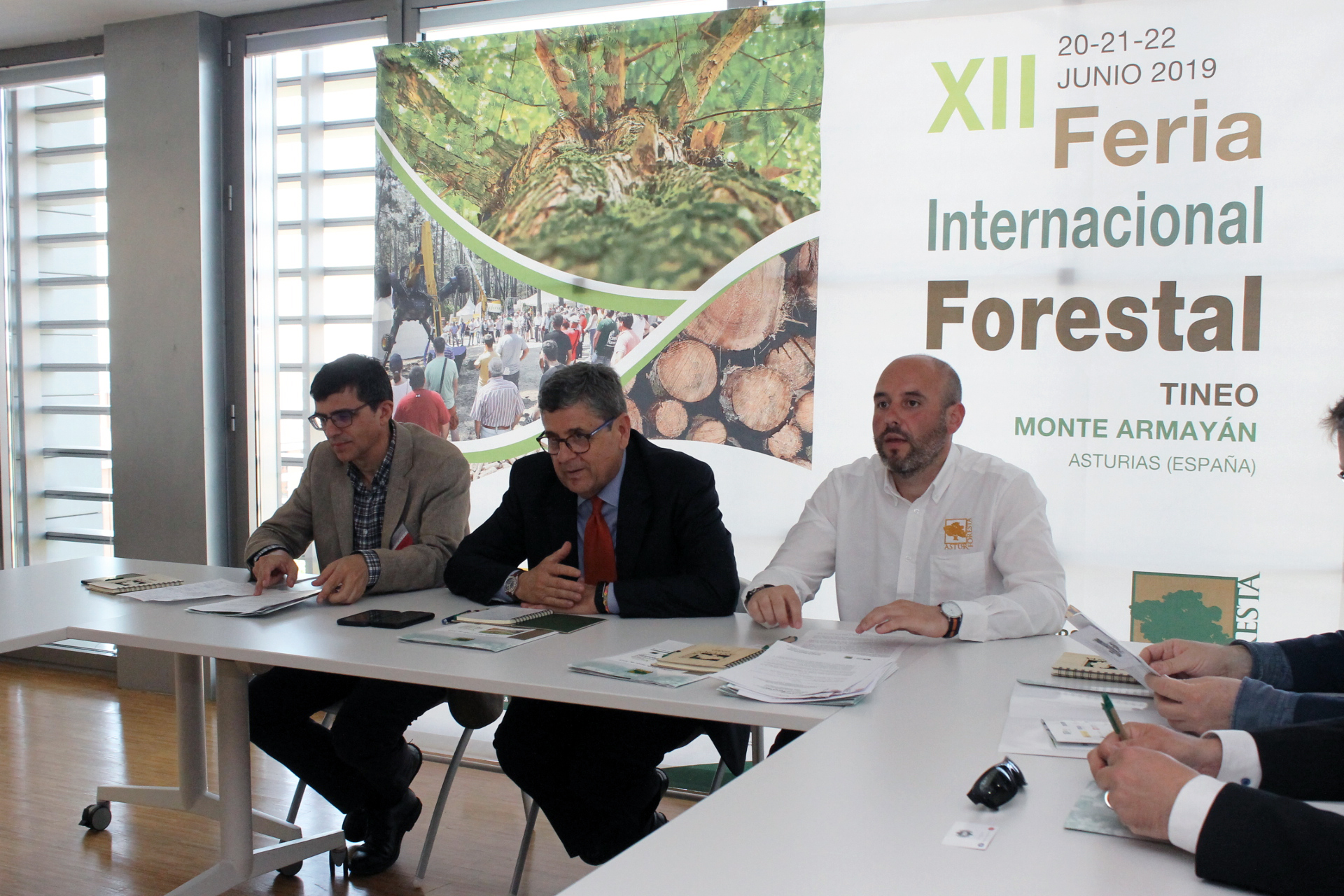 y Director General of Forestry Policy, as host, greeted the personalities and professionals of the sector who attended the presentation and thanked the City of Tineo the organization of ASTURFORESTA, as well as its official presentation in the dependencies of the Ministry of Agriculture, Fisheries and Food.

ASTURFORESTA is an international fair, recognized by the Ministry of Economy and Competitiveness. The only international forestry fair held in Spain.

“ASTURFORESTA is the largest event to be held in the forestry sector in Asturias and our main showcase to show us abroad -introduced Dictinio Belloso Uceda, Head of the Forestry Service in the Government of the Principality of Asturias-, thanks to the work of the three administrations involved, the local (which carries the weight of the organization), plus the regional and state, which we collaborate economically and support as much as we can. And PROFOAS -Asociación de Propietarios Forestales de Asturias-, is in charge of organizing the technical conferences to complement the exhibition”.

In Tineo the technological advances of the sector will be presented, and the situation of the market will be known, at national and international level. The incorporation of ASTURFORESTA as a full member in the Forestry Demo Fairs, an international non-profit organization that hosts the elite of world forestry fairs, has been an important milestone in its development. 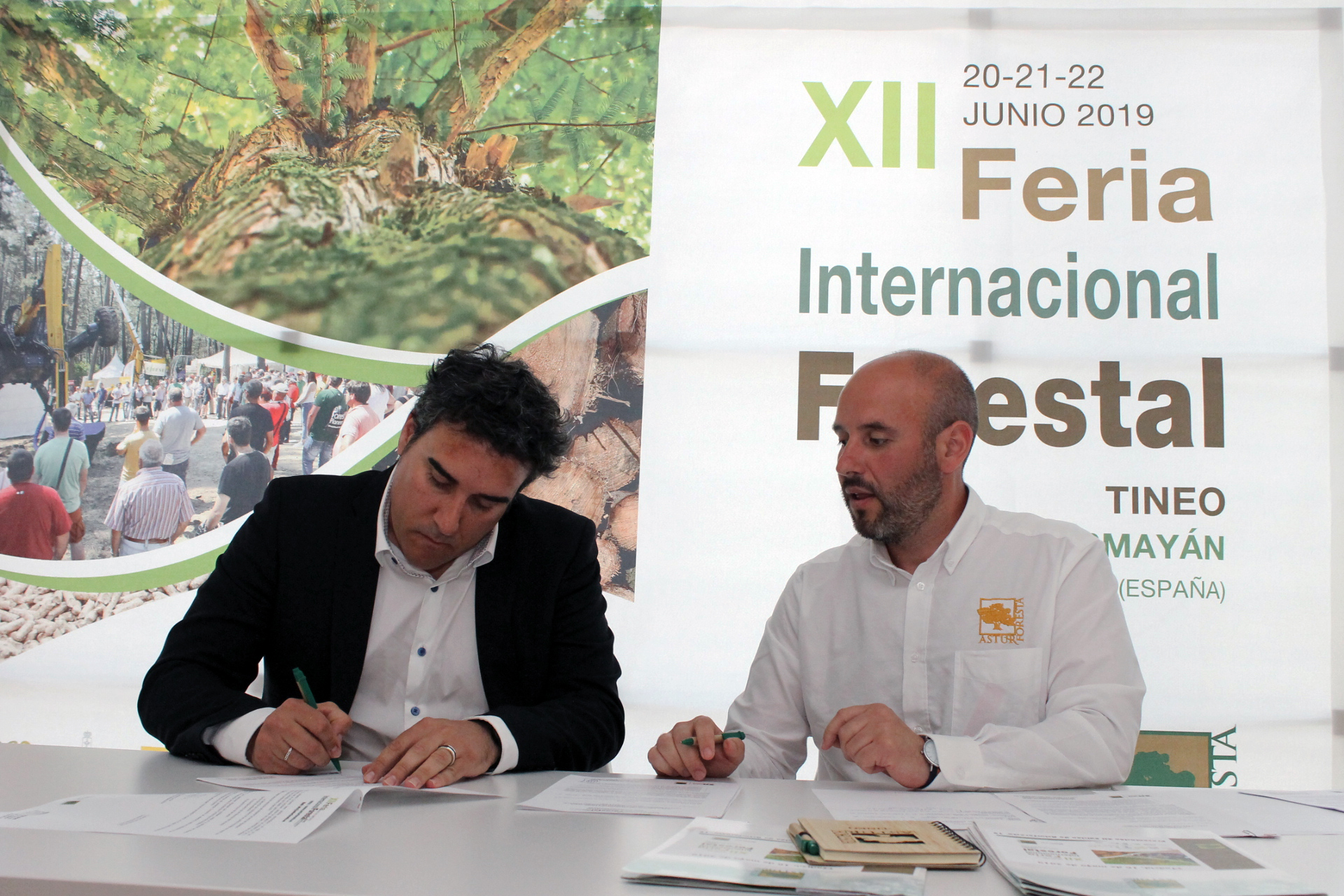 ASTURFORESTA was born in 1995 and this year faces its twelfth edition. “The choice of Mount Armayán was the right one -considers Dictinio Belloso-, because 24 years later, we are still there. We conditioned the enclosure with the help of TRAGSA, with firewalls and a circular route. The fair has grown, both in terms of exhibitors and visitors, and has been successfully managed by different teams. All of this with absolute respect for the mountains”.

Mount Armayán is a public mountain, with productive activity. Certified and Forest Management plan for more than five years. Located in a council with a marked forest character, with 14,760 hectares of Communal Forests of Public Utility. It is owned by the neighbours of five villages: Barredo, Moñedo, San Antonio, San Esteban de Relamiego and La Prohida. Organized around a neighborhood meeting. The ownership of the mountain and its representation is held by the Town Hall of Tineo. “It is a productive mountain, which works marvellously,” says the Head of the Forestry Service in the Government of the Principality of Asturias.

Private owners also produce in Asturias. Progressively organized around the figure of the Montes de Socios. Especially on the coast, with eucalyptus. In the interior mainly with pine.

The fire has left sad memories in all the Narcea region. A large fire recently burned part of Mount Armayán. It did not affect the fair, it was reduced in its limits. But the discouragement spread in the collective of private owners, affected completely. All this will be talked about, and a lot, in ASTURFORESTA.

ASTURFORESTA is held in a privileged 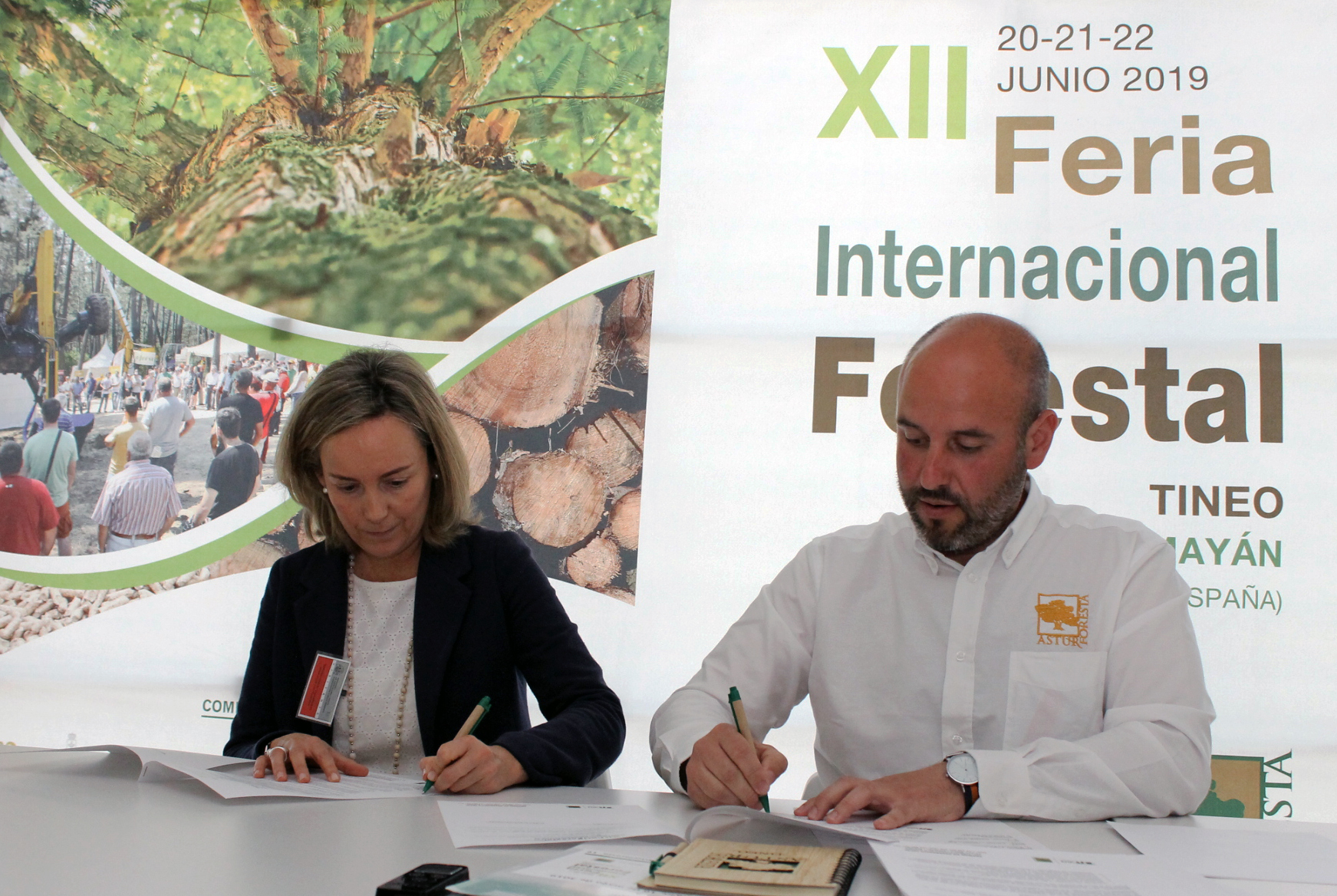 environment; a 45-hectare fairground, adapted to the needs of exhibitors, which allows demonstrations in real time; one of the great attractions of the fair.

The great protagonists of ASTURFORESTA are the manufacturers and distributors of vehicles and machinery. From the whole forest production chain; from the big processors, chippers or balers to the chainsaws and cutting tools, passing through the portable sawmills. “Machinery, equipment and services exhibited are the most cutting-edge of the sector at European level”, assures Marcos da Rocha Rodríguez, Director of ASTURFORESTA 2019.

“For this edition, we have carried out an important action of improvement, extending t 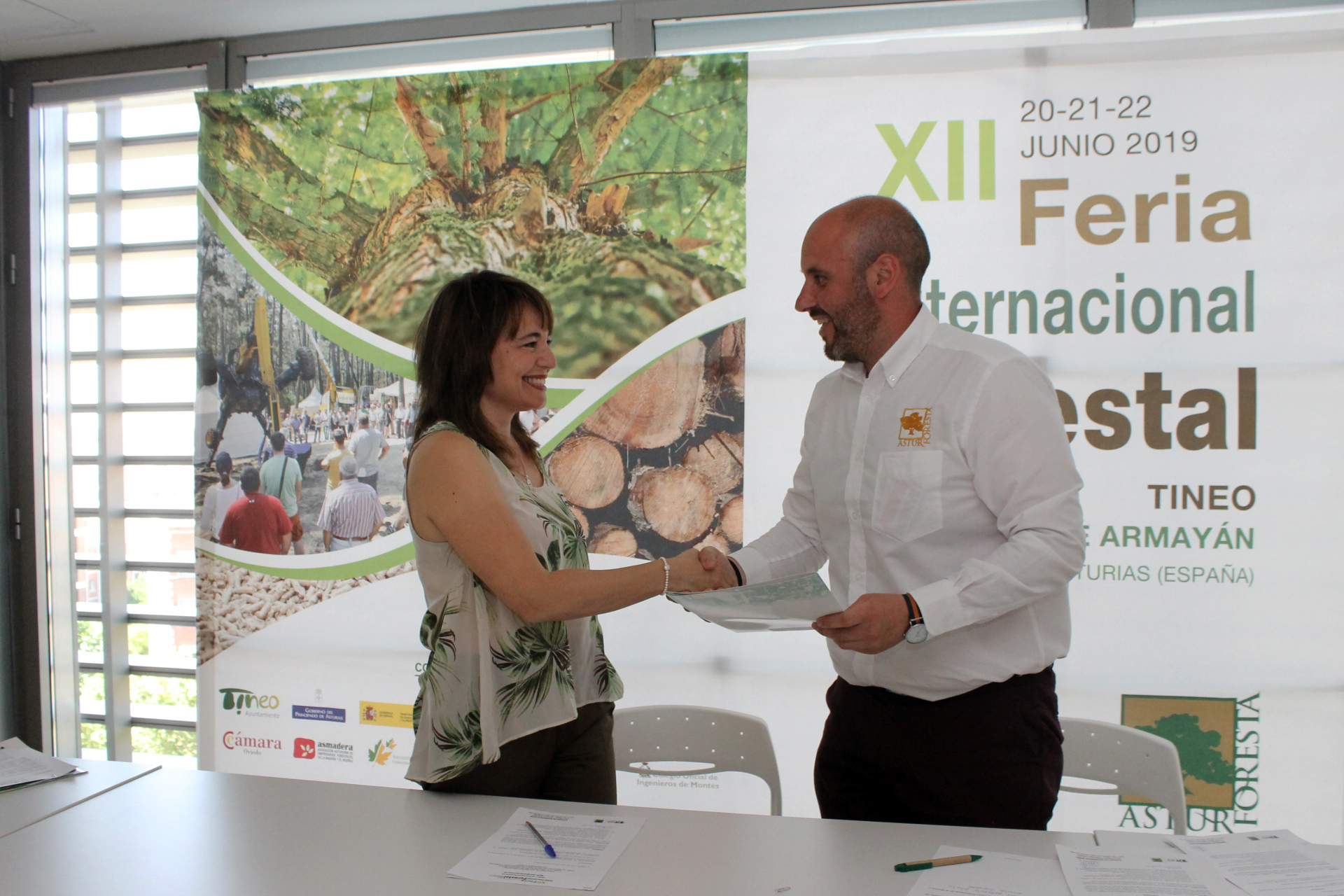 he exhibition space, allowing a circular route, more accessible and wide, which enhances the effort of the exhibitors and contributes to the enjoyment and comfort of the visitors”.

As in previous editions, the exhibition and demonstrations of machinery will be complemented by technical conferences to be held in the conference tent. Important topics will be dealt with such as the weight of the forestry sector in the rural world, the depopulation of rural areas, the threats that affect our mountains, the advances resulting from re 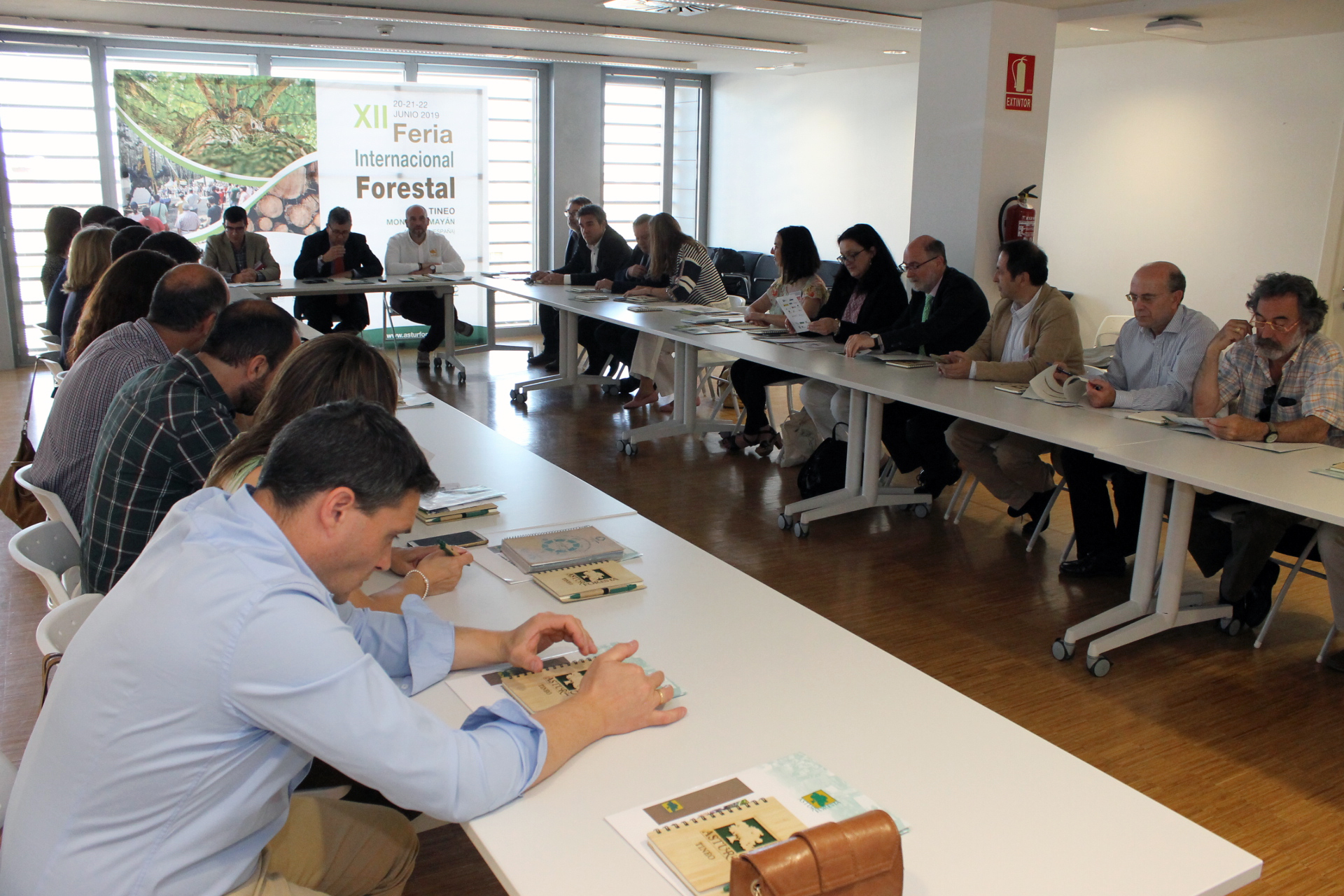 search, the uses in the countryside and the environment.

COMPLEMENTARY ACTIVITIES
Other novelties in the 12th edition of ASTURFORESTA are, on the one hand, the celebration of the first meeting of forestry businessmen in Spain, with the attendance of important national commercial firms. Similarly, and in collaboration with ASTUREX (Sociedad de Promoción Exterior del Principado de Asturias), the organization is preparing a trade mission of Moroccan businessmen related to the sector, who would visit the fair and meet with local businessmen, in order to establish possible trade relations.

Also taking place within the framework of ASTURFORESTA 2019 will be the first forest innovation tournament “Startup 4 Wood”: Challenges for entrepreneurs and businessmen for the forest and wood industry, organized by ASMADERA (Asturia 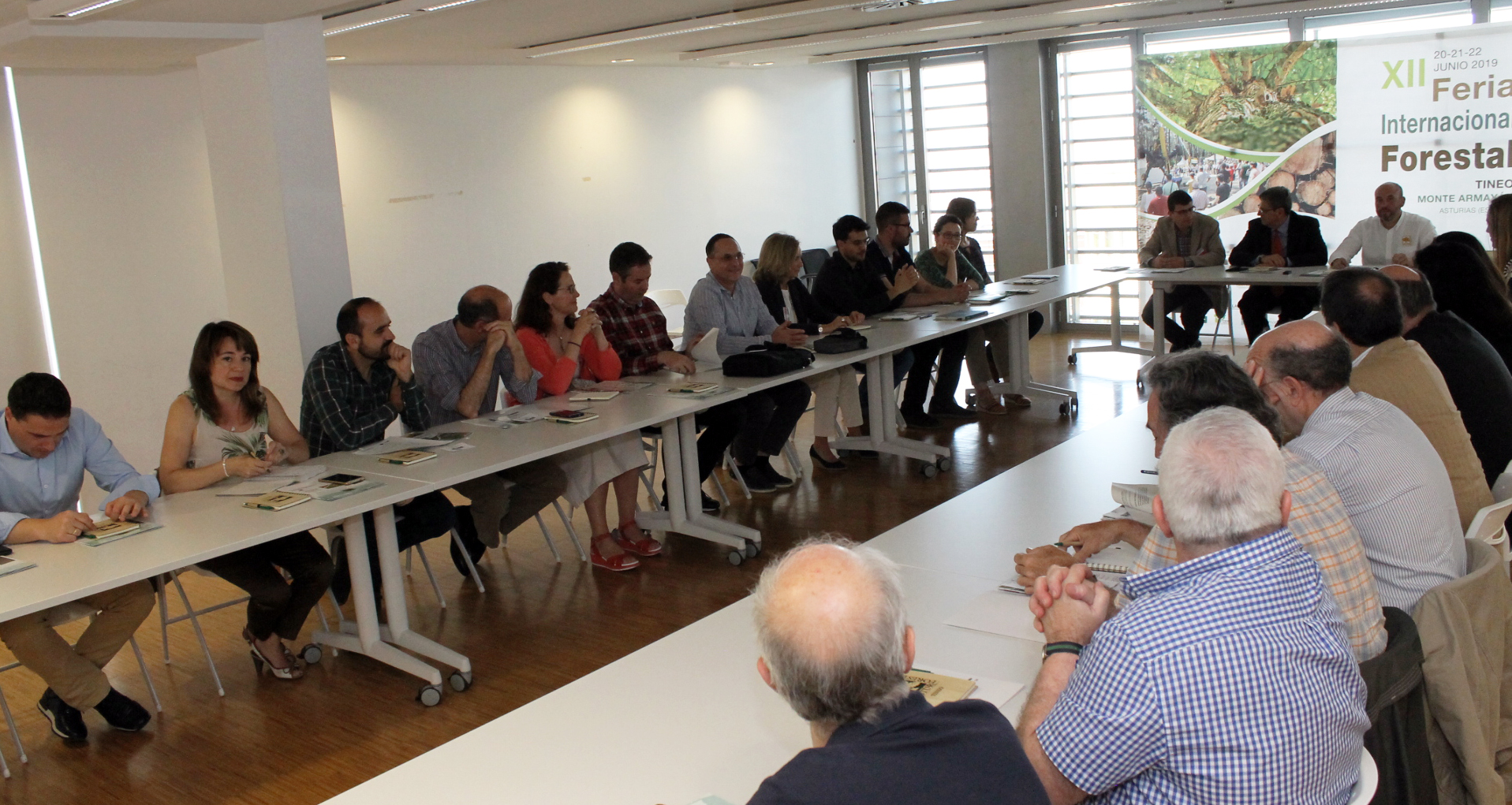 n Association of Forest Entrepreneurs of Wood and Furniture), in collaboration with ASTURFORESTA, the Chamber of Commerce and Caja Rural de Asturias, whose prizes will be awarded at the fair itself. “This initiative arises with the intention of highlighting and publicizing innovations in the timber industry and give visibility to the enterprise at an international level, contributing to the modernization of the sector,” explains Marcos da Rocha.

ASTURFORESTA is growing and also enriching its wide network of collaborators. Thus, with a view to the imminent 12th edition, the fair has signed collaboration agreements with the following entities; all of them capitals in the forestry sector: